To get a taste of the thriving centre of the Mother City, in the shelter of Table Mountain, a Cape Town city tour is not to be missed. Here you will find a number of the Cape’s top attractions, from the imposing Castle of Good Hope to the colourful cottages of the Bo Kaap, the bustling Green Market Square, the South African Museum, the beautiful Company Gardens and plenty more to see. With an experienced and knowledgeable guide, and from the comfort of an air-conditioned vehicle, you will be able to learn more about the Cape Town CBD and its surrounds, in a city tour that is sure to leave you with plenty of memories and photographs of this part of the Cape.

Some interesting facts you will encounter on this tour:

Visit above highlights + Table View for a “postcard view” of Table Mountain. 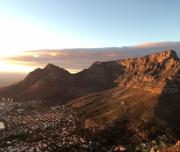 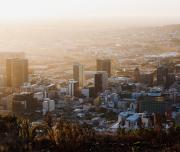 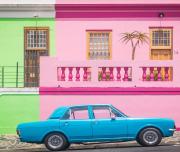 Pick up and drop off from your hotel or guesthouse around Cape Town.

We enjoyed the various locations we were taken to. Loved the ride up table mountain. Enjoyed the garden and walk down signal hill. Great tour when you have limited time. Our host was great.

Good tour for if you have little time to spend!