Explore the wonders of the Mother City and take in all the beauty she has to offer on our Half Day Peninsula Tour - from the penguin colony, the pristine white beaches, breathtaking mountains, to the spectacular sight of Cape Point. Be sure not to miss the magnificent visit to Kirstenbosch Botanical Gardens!

See one of South Africa's most magnificent sightseeing and tourist attractions. A picturesque nature reserve that lies in this area is one of the most popular landmarks in Cape Town, and for good reason. Situated on the tip of the peninsula, the area spans across landscapes such as rugged cliffs, distinctive fauna and flora and vast open spaces. See over 250 species of birdlife, bucks, baboons and the Cape Mountain Zebra. Explore the Cape of Good Hope, a world-famous landmark, and monuments in honour of Vasco da Gama and Bartolomeu Dias - two of the world's most famous explorers who discovered Cape Point in 1488. No Cape Town tour is complete without visiting Cape Point.
(30min)

A trip to Boulders Beach you will never forget - one of the only places in the world where you can swim alongside penguins. Boulders Beach has grown rapidly to over 3000 penguins since only two African penguins settled in that had arrived from Dyer Island, close to Gansbaai. Simon's Town is the seat of the SA Navy and has a delightful coastal town atmosphere and a vibrant history. Here you can find a thriving harbour, The South African Navy Museum and The Warrior Toy Museum. See the submarines and frigates from a distance that are docked at the Naval Base harbour.

The quirky seaside village of Kalk Bay runs along the Main Road with the False Bay coastline on one side, and the mountain on the other. Along the Main Road lies a host of veritable treasures, from costume shops to antique shops, cobbled streets, bakeries, vintage bookstores, the famous Brass Bell restaurant and plenty more. Kalk Bay is also excellent for whale watching during whale season (June to November).

Muizenberg, a world-renowned surfing spot, where people from all parts of society join together to enjoy the wonders of the ocean. Situated on the beach, you will find an array of the popular colourful beach huts and plenty of restaurants and surf shops. Shark spotters observe carefully for potential danger roaming in the bay.

- Please note that since it is a half day tour, time constraints might result in a rushed experience. You will be picked up and drop off from your hotel -

Price policy: In case of non-presentation on the tours, full cancellation fees will apply. You may cancel up to 24 hours before your tour. 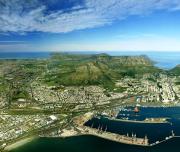 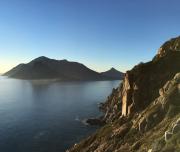 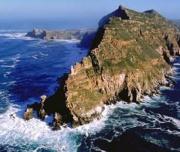 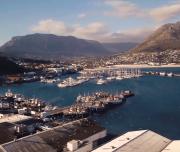 Pick up and drop off from your hotel or Guest House around Cape Town.

The guide, Robert (British), had a good sende of humor and knew a lot about sights and conditions in SA.