Discover the Cape Winelands during the harvest season! 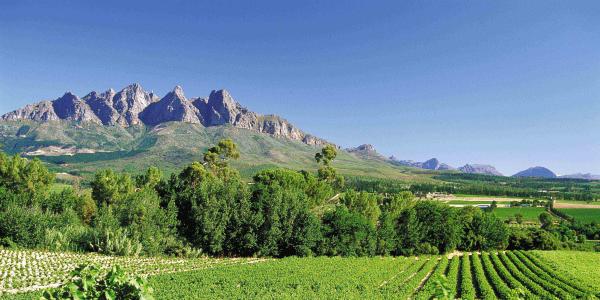 Wine’s roots in South Africa can be traced to the 17th century, when Jan van Riebeeck arrived at the Cape in 1652 and recommended to the Dutch East India Company that the Cape would serve as a useful victalling station for the ships on their passage to the East. Thus, in 1655 a shipment of grape vine cuttings (mainly from France) arrived in Table Bay and soon after the first vineyards were planted. In 1659, the first wine was made by Jan van Riebeeck himself but it was still poor quality wine.

When the French Huguenots brought their knowledge of vineyard and cellar practice in the Cape in 1688 in the Franschhoek Valley, the viticulture faced a long period of prosperity.

The end of the 18th century was making some four million liters of wine made annually in South Africa. In the early 19th century, when the Cape passed from Dutch to British control, the vineyard area just doubled in size in a couple of decades and by 1825, wine accounted for more than half value of the Cape’s exports.

The Cape winelands stretch from the rugged mountains and multi-directional slopes of the coastal region to the open plains of the Klein Karoo. South Africa’s vineyards are mostly situated in the Western Cape near the coast. Here are the main wine-producing regions you should discover:

When to visit the winelands?

Some of the best wine estates close to Cape Town