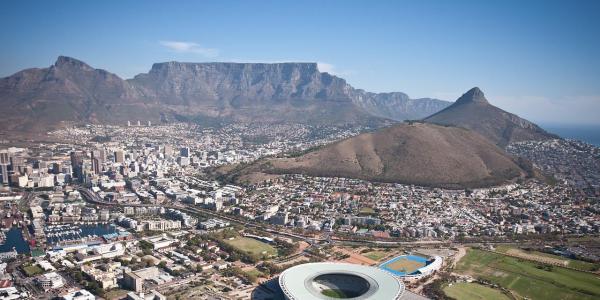 The Lion's Head is a summit that you can't miss. The summit is located at 669 meters. You have a panoramic view of the whole city of Cape Town. During the day you will see the ocean and the whole city, and at night you will see Cape Town and its lights. The Lion's Head parking lot is easy to access, the first few kilometers of the hike are very simple. However, once you get to the end, you will have some boulders to cross, but don't worry, you can use the bars embedded in the rock to help you. The Lion's Head is accessible for all levels. Its slopes are also used as a launch point for paragliders.