Just a few kilometres from the bustling metropolis of Sun City, a Pilanesberg private safari offers the chance to enjoy a malaria-free safari experience that is sure to provide you with memories that last a lifetime

Lying in the middle of an ancient extinct volcano, the reserve is situated in the North West Province, just an hour and a half from Johannesburg. You will be staying at the luxurious Black Rhino Lodge for the duration of your safari, and will have the chance to enjoy a host of activities ranging from game drives to sundowners in the bush.

From its position in an extinct crater in the Bojanala Region of the North West Province, Pilanesberg is one of the top national parks within this park of Southern Africa. With no malaria risk, all of the Big Five represented, including lion, elephant, rhino, buffalo and leopard, Pilanesberg private safaris offer a world-class safari experience across 55 000 hectares of unspoiled bushveld. Landscapes range from rocky outcrops to open grasslands, wooded valleys and thickets, with virtually every species of Southern African mammal represented as well as 300 bird species. A game relocation programme called Operation Genesis has led to many rare and endangered species being introduced into the park, including Black and White rhino, Wild dog and brown hyena.

What to do on your African Safari Tours

With plenty to see and do, you will be spoiled for choice when it comes to activities to try on these African safari tours. Game drives are held during the early morning as well as early evening, to get the most out of the peak game viewing times. Birdwatching is also excellent in the Pilanesberg reserve, while sundowners in the bush, nature walks and stargazing are also great things to do during your safari. Self-drive safaris are also on offer, with plenty of well-paved roads to explore throughout the reserve as well as a number of picnic spots to stop for a snack during your adventure.

While Pilanesberg private safaris are known for their safety and luxury, it is still best to remember that the reserve is home to a large number of wild animals. To ensure that you get the most from your safari, consider these safari tips:

1. Make sure that you stay in your car during game drives, unless your guide gives the all-clear to step out of the vehicle
2 Remember that the Black Rhino Lodge is situated within the game reserve – do not walk around after dark, especially not without a guide
3. Do not ever attempt to feed or approach wild animals that you come across, and keep a safe distance at all times
4. With no malaria to worry about, and clean drinking water, there are no major health risks to worry about
5. The sun can be very strong in Southern Africa, especially at peak times of the day between noon and 4pm – be sure to wear sun protection at all times on all safari tours in Africa 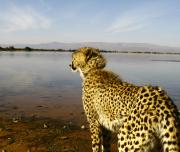 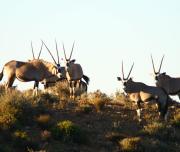 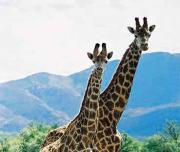 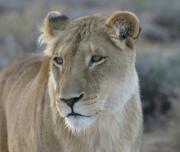 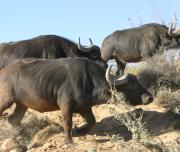 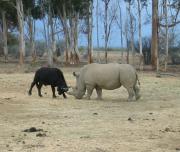 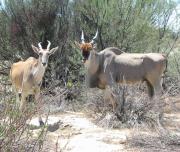 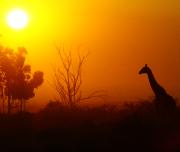 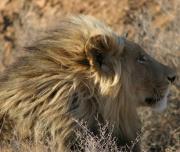