OPTION 2
Visit above highlights + Table View for a “postcard view” of Table Mountain.

Not available on the 19th april due to the Two Oceans marathon.

To get a taste of the thriving centre of the Mother City, in the shelter of Table Mountain, a Cape Town city tour is not to be missed. Here you will find a number of the Cape’s top attractions, from the imposing Castle of Good Hope to the colourful cottages of the Bo Kaap, the bustling Green Market Square, the South African Museum, the beautiful Company Gardens and plenty more to see. With an experienced and knowledgeable guide, and from the comfort of an air-conditioned vehicle, you will be able to learn more about the Cape Town CBD and its surrounds, in a city tour that is sure to leave you with plenty of memories and photographs of this part of the Cape.
Some interesting facts you will encounter on this tour:
•    The Castle of Good Hope, which stands proudly on the outskirts of the business district, was built between 1666 and 1679 by the Dutch East India Company (VOC). The Castle was developed as a maritime replenishment station, and from 1678 it was the centre of civilian, administrative and military life at the Cape until the area grew and operations expanded elsewhere. Today, the Castle is the seat of the military in the Cape, and is open for visitors to explore and learn more about its history.
(15min)

•     Tucked under the slopes of Signal Hill, the Bo Kaap is a fascinating and vibrant area that was somehow bypassed in the forced removal policies of the Apartheid. Also called the Malay Quarter, this area is characterised by its multi-coloured cottages and steep cobbled streets, as well as its exotic Malay culture. No tours in Cape Town would be complete without a visit to the Bo Kaap!
(15min)

•    For those who enjoy a sense of history, the South African Museum offers a look at life throughout the ages in South Africa. Many exhibits can be found here, and there is also a Planetarium situated within the building. The museum is situated in the Company Gardens, which holds the Seat of Parliament. Pristine lawns, shady paths, ornate fish ponds, statues of past leaders and plenty of curious squirrels are just a part of the Company Gardens’ charm.
(20min)

•    Other highlights that you can enjoy on a Cape city tour include a stop past the famous Blue Flag beaches of Clifton and Camps Bay. These beaches lie along the Atlantic Seaboard, which stretches from the Waterfront all the way through to Hout Bay along the Atlantic coast. Situated just a few minutes away from the city centre, the beaches are ideal for sunbathing and water sports (even if the water is somewhat chilly). All of this and so much more can be enjoyed on these memorable Cape Town city tours.
(15min)

•    Signal Hill is a prominent landmark from which the historic noon gun is fired, and forms the “lion’s body” for the adjacent Lion’s Head mountaintop. The hill rewards hikers with spectacular views across Table Bay harbour, the central city and the Atlantic Ocean. Many family-friendly picnic spots on Signal Hill are favoured by tourists and locals all year round.
(20min)

The full day Peninsula Tour will take you around the entire Cape peninsula and show you the wonders of Cape Town - from the pristine beaches, to the spectacular sight of Cape Point, where the oceans meet. Also be sure not to miss the sensational visit to Kirstenbosch Botanical Gardens.

1. Clifton & Camps Bay
Situated along the Atlantic Seaboard, the beaches of Clifton and Camps Bay have been awarded Blue Flag status, offering pristine white beaches and beautiful, clear waters that make these beaches highly popular with locals and visitors alike.

2. Hout Bay & Seal Island Boat Trip
The small fishing village of Hout Bay is often jokingly referred to as the ‘Republic of Hout Bay’ by Cape Town locals, and has the sense of being an entirely separate town. A beautiful beach, delicious fresh seafood, bustling markets and plenty of restaurants make this suburb a must-visit on any Cape tour. You will also have the option of going to admire the thousands of seals that inhabit the Seal Island.
(1h)

3. Cape Point
Cape Point and the spectacular nature reserve that lies in this area is one of the most famous landmarks in Cape Town, and for good reason. Situated on the very tip of the peninsula, with the Indian Ocean on one side and the Atlantic Ocean on the other, the area spans across landscapes such as rugged cliffs, lush fynbos and vast open spaces – no Cape Town tour is complete without a visit to Cape Point.
(1h 30min)

4. Simon's Town & Penguin Colony
Simon's Town is the seat of the SA Navy, and has a charming coastal town atmosphere and a vibrant history. Here you can find a thriving harbour, a toy museum, navy museum and plenty of other sights – nearby is also Boulders Beach, which is one of the only places in the world that you can swim alongside penguins.
(30min)

5. Kalk Bay
The quaint suburb of Kalk Bay runs along the Main Road, with the False Bay coastline running on one side, and the mountain on the other. Along the Main Road lies a host of veritable treasure troves, from antique shops to costume shops, bakeries, restaurants and plenty more. The area is also excellent for whale watching during whale season (June to November).

6. Muizenberg
Muizenberg is world-reknowned surf spot, where people from all parts of society join in communion to enjoy the wonders of the ocean. Shark spotters keep a lookout for potential danger roaming in the bay. 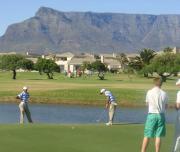 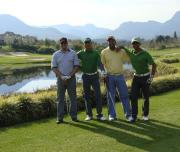 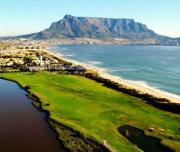 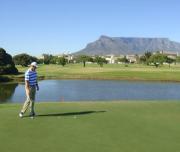 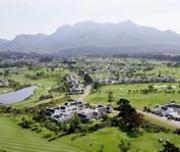 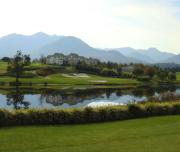 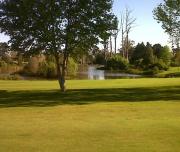